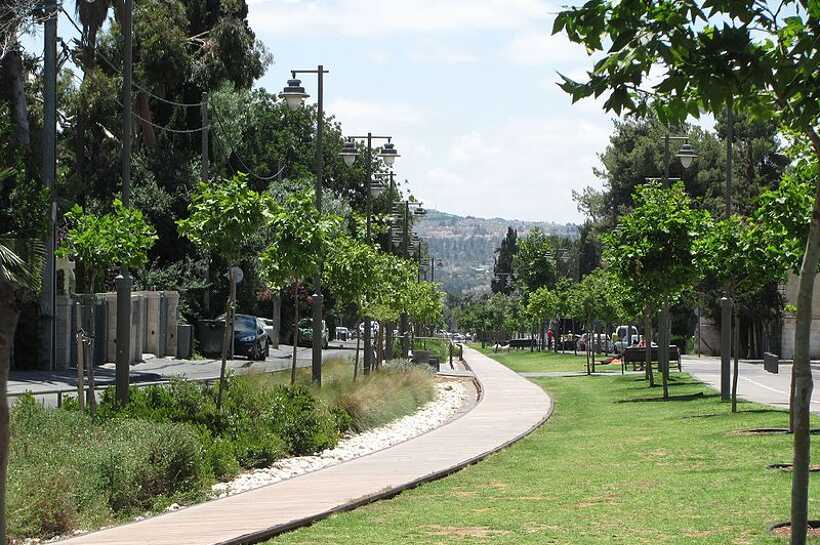 Baka is the area from Harakevet up to Derech Beit Lehem. It has some of the most charming and character-filled buildings that you will see in Jerusalem.

Baka was somewhat rundown for many years, but has seen a resurgence, with some of the most luxurious developments and homes in the city being built and renovated there.

That being said, there are still plenty of large blocks that have apartments that can be obtained at reasonable prices, though these tend to be somewhat older blocks.

As a quiet residential area there’s not much of note within, but Baka is bordered on all sides with some great amenities.

To the West; the “Rakevet” (see below) and the German Colony’s Emek Refaim Street with its shops & restaurants. The North; The First Station and Yes Planet (cinema complex), to the East the trendy shops and cafes that line Derech Beit Lechem and finally to the south, the shops and supermarkets of Talpiot.

Baka has developed a reputation for luxurious property, and rightly so, but affordable apartments do exist within the area too. The neighbourhood is home to what can only be referred to as mansions, often located in Baka’s quiet leafy backstreets.

These properties can command 7-8 figure prices in both shekel and dollar amounts and having been lucky enough to visit many of these, the price is certainly justified for those that have the budget.

Baka has a number of new construction projects, such as Bustan Baka and Park Eight with additional projects in the pipeline.

We are also seeing a number of TAMA 38 projects being undertaken in the neighbourhood.

These projects see brand new apartments being added to existing buildings in return for upgrading them to current earthquake resistance standards.

These properties can often be obtained at a discount if you are willing to buy them ‘off-plan’ but have construction schedules that are significantly faster than a development that is being planned and built from scratch.

If you are interested in finding out more about properties in this area, please be in touch with ben@capitil.com (+972-53-822-4336) who will be more than happy to help you further!

For extra reading on Baka, see our neighborhood guide.