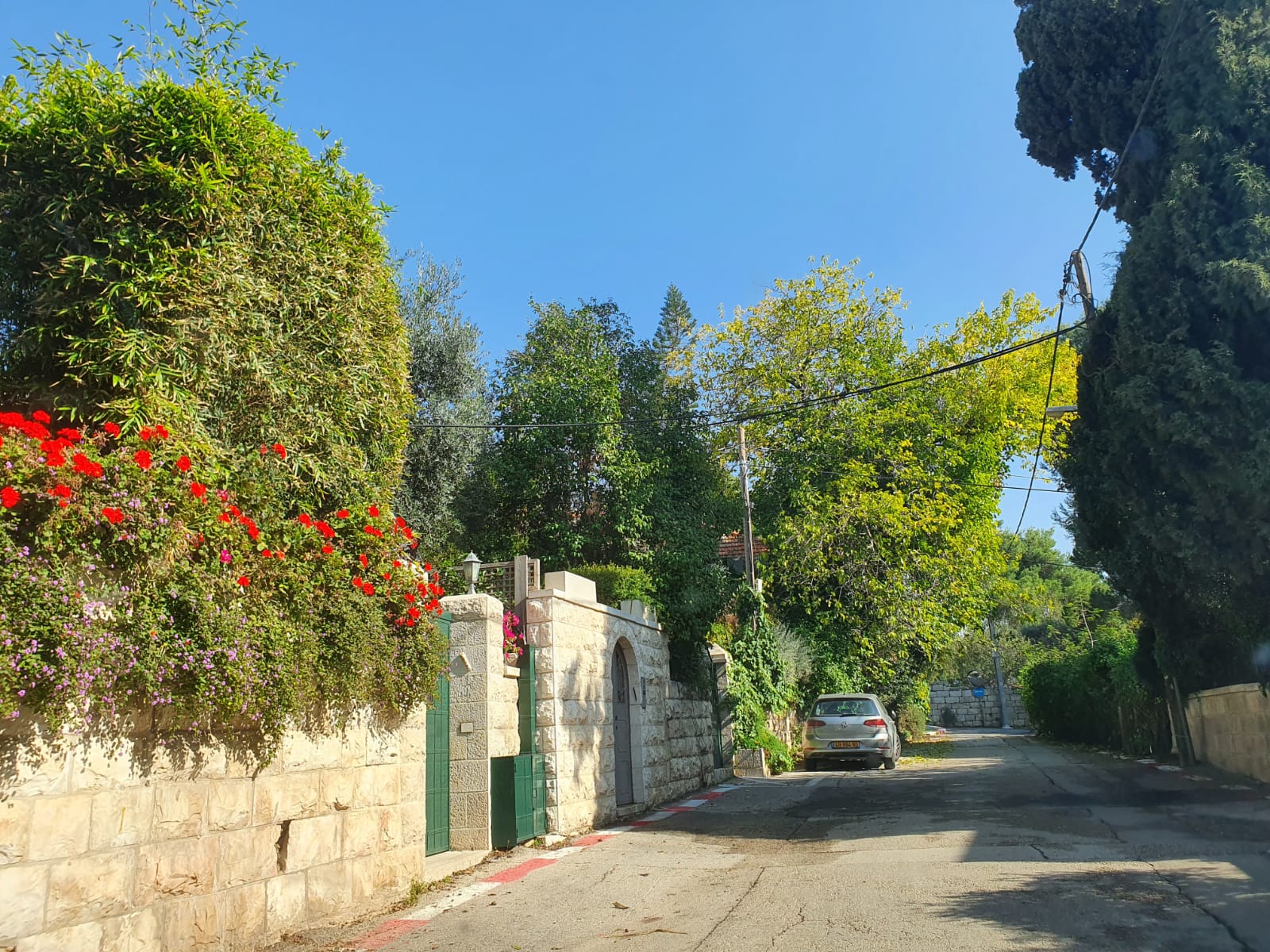 The German Colony is a neighborhood in Jerusalem, Israel established in the second half of the 19th century by members of the German Temple Society.

Today the Moshava, as it is popularly known, is an upscale neighborhood famous also for Emek Refaim Street, an avenue lined with trendy shops, restaurants and cafes.

The Templers were a German Protestant sect that facing persecution in their homeland, plus having a strong connection to the Holy Land, came to establish a number of colonies, many of which are referred to as the “German Colony” in their respective cities.

With their German background, it turned out that many residents had sympathies with the Nazi government during WW2, resulting in many of them being deported since this did not sit well with the British, who were in charge at the time.

Emek Refaim was the birthplace of the famous Burgers Bar chain of meat restaurants, with their original sniff (branch) opening here back in 1999. These days, branches can be found all across the country, and of course although Burgers Bar still maintains a presence there, it has moved down the street from its original position.

The relatively flat geography of the area meant that the area was perfectly suited for Jerusalem’s rail service. The old tracks ran parallel to Emek Refaim, connecting the site of the First Station to the station in Malcha.

After many derelict years, these have after much work, been converted into a long thin park (much along the lines of New York’s Highline) that runs between these two locations.

Interestingly enough, this flat geography is set to bring back the locomotives, with plans to run the “Blue Line” of the Jerusalem Light Rail service down Emek Refaim, bringing with it a part-pedestrianisation scheme similar to the Jaffa Road in the centre of town.

The community centre is also home to the famous “Shira Chadasha”, a minyan set up specifically to enable women to lead and be involved in the services. Further down Emek, just inside the adjacent Greek Colony, you’ll be able to find “Ramban” one of the more popular synagogues in the area, with a large crowd of olim attending, particularly at the Friday night services.

Also located on Emek Refaim is the second branch of Shir Hadash. It is one of two locations for Shir Hadash and this community is predominantly made up of Anglos and young families.

The German Colony had one of the largest communal pools in Jerusalem, with an Olympic sized indoor pool, an outdoor pool, a kiddie pool and a large grassy area. This has recently been closed - with a new pool to be built in the German Colony in the future.