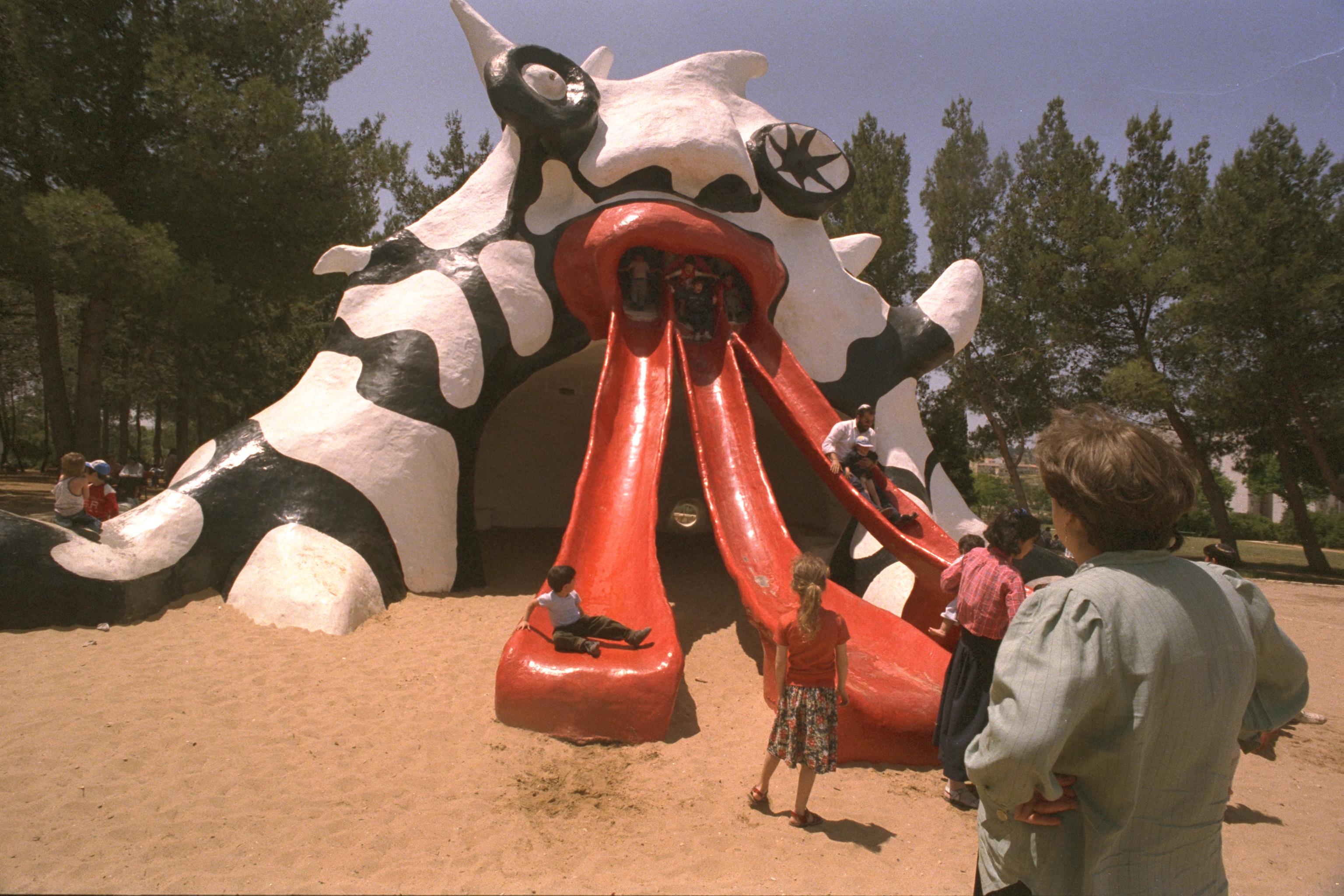 Kiriyat HaYovel’s most famous resident is the ‘Mifletzet’ (literally translated as monster) which sits in Rabinovitch Park, see below for more details.

The neighbourhood of Kiriyat HaYovel was established in the 1950s on land purchased by the JNF and the name chosen to commemorate the 50th anniversary of the founding of that organisation (Yovel in hebrew is the 50th year). Many of the streets in the neighbourhood are named for South American countries that voted for the establishment of the state of Israel in 1947.

Kiriyat HaYovel is also home to the Israel Arts and Sciences High School - a boarding school for students wishing to focus on these areas of study.

Built in 1973, the Mifletzet (or monster) is officially called “The Golem” and was designed by Niki de St. Phalle - a French/American artist. It famously has 3 tongues that double as slides for children, and supposedly at the opening ceremony, the then mayor of Jerusalem Teddy Kollek was scheduled to open the installation by sliding down one of these, but was unable to even make it up the steps due to the number of children swarming the sculpture.

The Mifletzet is easily visible from the busy junction of Henrietta Szold and Ya’akov Tahon Streets, on the way to the Hadassah Ein Karem hospital complex to the west of Jerusalem.

Kiriyat HaYovel was established shortly after the State of Israel in response to an need for housing. The early days of the neighbourhood saw tent cities being set up whilst new buildings were constructed as quickly as possible. Due to the urgency of the housing requirements, the normal rules requiring buildings to be clad in Jerusalem Stone were set aside and large numbers of ‘Shikun’ type housing were built.

Currently, we are aware of a number of TAMA 38 projects that are being carried out in the area. These see existing buildings being upgraded to the latest standards together with the addition of new floors of brand new units.