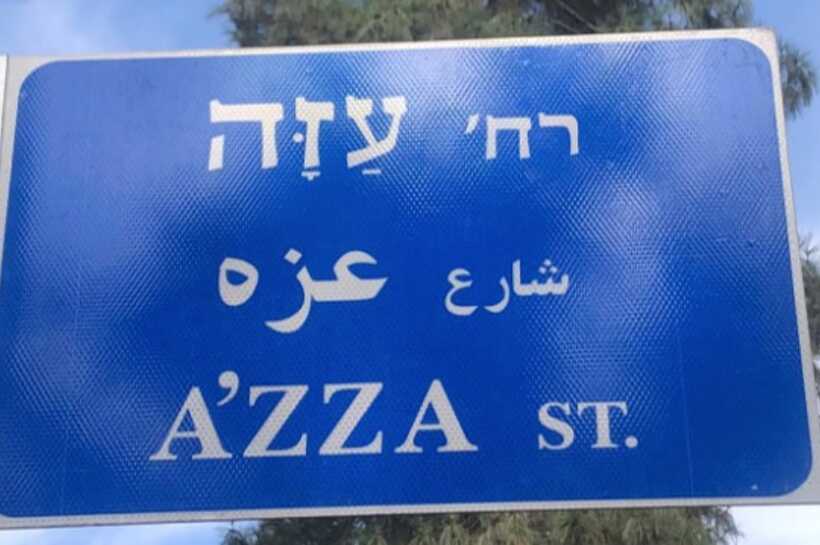 Azza is one of the most famous roads in Jerusalem, just a stone's throw away from the residences of the Prime Minister and the President.

Rechov Azza, in Rehavia, is home to a variety of cafes, bars, restaurants, and shops.

The wide selection of things to do on Azza Street mirrors just how steep the road is, in true Jerusalem style.

You are more or less covered at whatever time of the day you are hungry or thirsty, with dairy, meat, kosher, and non-kosher options dotted all along the street.

Most of the restaurants and bars on Azza will provide seating both inside and outside to enjoy passers by and the cars inching up or hurtling down the road.

Due to the popularity of the best Emek Refaim restaurants article, we have produced a guide to the Azza Street has to offer.

See our list below of the best restaurants on Rechov Azza:

Near the top of Azza Street, Burger Room has opened in a tight corner spot that isn't so visible.

Eyebrows were raised that Burger Room is not kosher, considering the area, but netherless, it has emerged as one of the most popular spots on Rechov Azza.

Burger Room has a wide selection of burgers-and-chips options. They have also expanded their premises of late, with a takeaway section, just a few doors down.

On the corner of Radak and Azza, Cafe Yehoshua is an institution and one of the first restaurants/bars to see the potential of the street.

Cafe Yehoshua is open from 8:00 A.M. until midnight, and caters to all sorts of tastes with a wide array of options to cover all eventualities.

As well as breakfast, lunch and dinner, you can also get a cheeky beer, glass of wine, and even cocktails!

From Gaza to Berlin

From Gaza to Berlin has been an institution although it hasn't always just been on Azza street.

As the name suggests, From Gaza to Berlin used to be on Rechov Berlin, which is towards the bottom of Rechov Azza, before Herzog Street.

Their move to a bigger and more prominent premises is due to their popularity and quality of their hummus and Kube soup.

If you want some authentic food then this is the place for you! Of all the options on this page, this is arguably the best of the lot.

On Fridays they sell hummus over the counter and Shabbat food, which is highly recommended.

There are six different shops for Jerusalemites to enjoy the bread at Lechem Shel Tomer.

Literally meaning "the bread of Tomer", this bakery has established itself as one of the most popular in the city.

Their speciality is plenty of choices of bread, including the likes of sourdough and baguettes.

Lechem Shel Tomer is also a fine spot to buy croissants and other delicacies if you have a sweet tooth.

There are effectively two main Sushi Rehavia branches, one on Emek Refaim and the other on Rechov Azza.

Both stores have established their popularity by simply producing top class Sushi on a regular basis.

Whilst their sushi is popular in their restaurant, you will often find parties or large gatherings in Jerusalem featuring their large platters.

Fortunately, you can also order Sushi Rehavia online, or by telephone, which means you will often see motorbikes whizzing round the city taking the pieces of fish and rice to their hungry customers.

Towards the bottom of Azza, much closer to Herzog and located at Azza 43, Simsum is one of those cafes that you wouldn't know about unless you pass it on the street.

Simsum is a classic Israeli cafe, with seating inside and outside, in a rustic style.

They serve coffees, beers, and cocktails, as well as a small selection of food. You are just as likely to see a patron working on a laptop here as others meeting with friends for a bite.

Tucked behind a bus stop at the top of Rechov Azza, Sybaris has established itself as a real favourite of those that frequent Rechov Azza.

Sybaris specialise in coffee, which might well explain their popularity and their positioning by a bus stop ahead of a commute.

Besides their special coffees, you can also grab a pastry in Sybaris too.