Nature in Jerusalem:
A List of Popular Preserves and Parks

Getting away from the constant buzz of Jerusalem’s city life is very necessary for the soul every once in a while.

Connect with nature and take a break from the hustle and bustle by visiting one (or more!) of Jerusalem’s wonderful nature preserves or parks for some fresh air and beautiful views. Best of all, most of these places are accessible via Jerusalem’s fantastic public transportation! 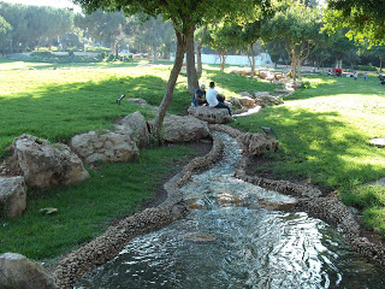 Gan HaPa’amon (Liberty Bell Park)
A huge park right next to the popular Inbal Hotel, created in honor of the United States’ bicentennial in 1976. 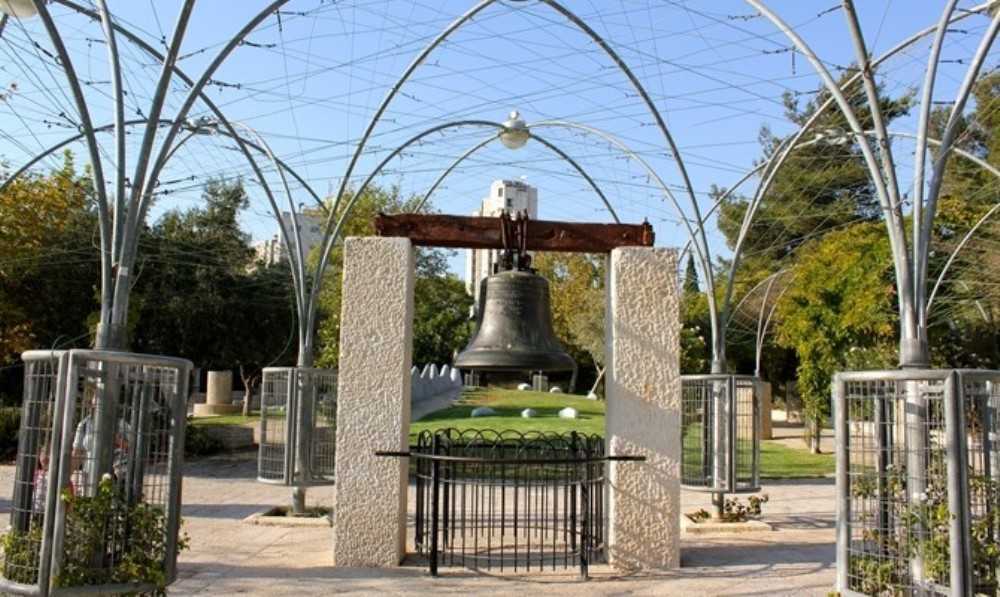 Bloomfield Park
A huge park just across the street from the Liberty Bell Park, leading all the way to the famous Jerusalem landmark, the Montefiore Windmill, with a big fountain in the middle. 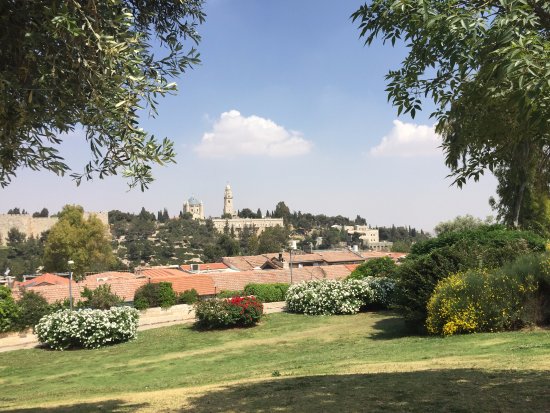 Trotner Park/ Haas Promenade
One of the best lookout points in Jerusalem, with stunning panoramic views of the city, and a large park with beautiful landscaping, shady resting areas, and long walking paths. 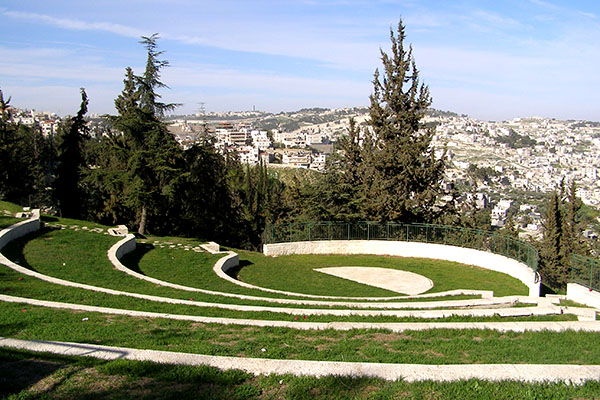 WOHL Rose Garden
Located just opposite the Knesset in central Jerusalem, the Rose Garden features lush greenery, a pond, and a waterfall, alongside 15,000 species of roses from around the world. 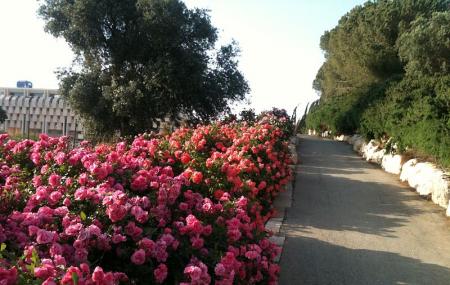 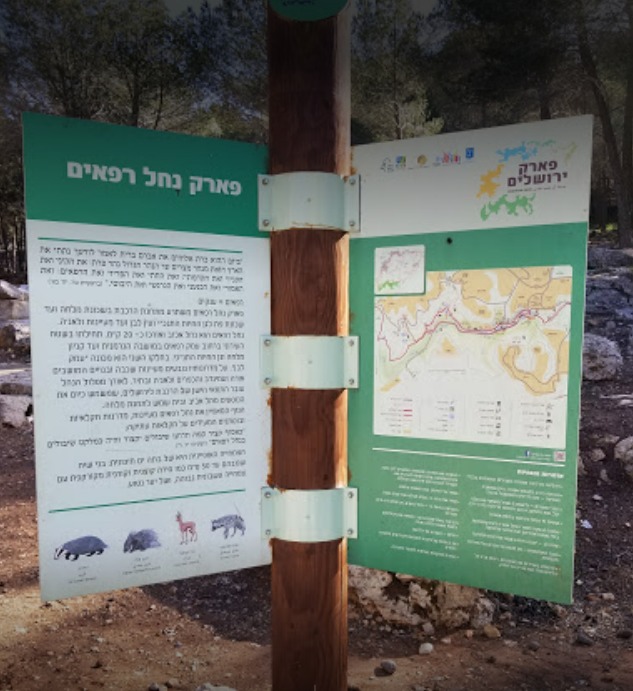 Park Gonenim
A relatively new park with a dedicated track with ramps, jumps and curves which is awesome for kids (and adults!) who love to cycle or skate. 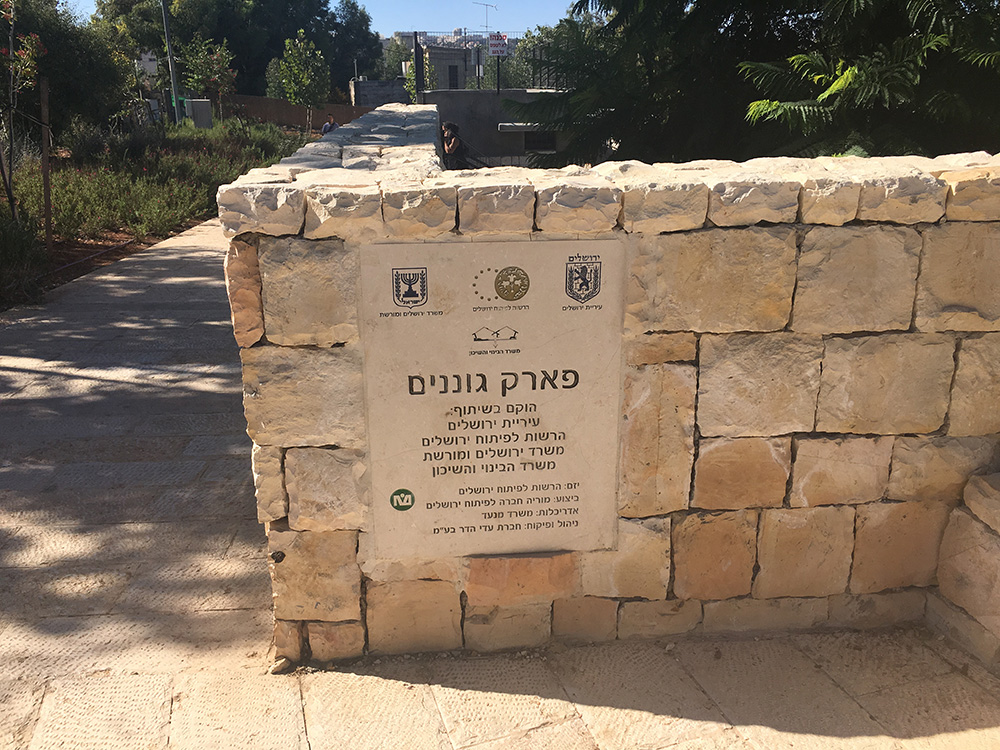 Park HaMesila
Former railway track that winds its way from the First Station complex, between the neighborhoods of Baka and the German Colony, through Talpiot and ending at the current train station at Malcha. 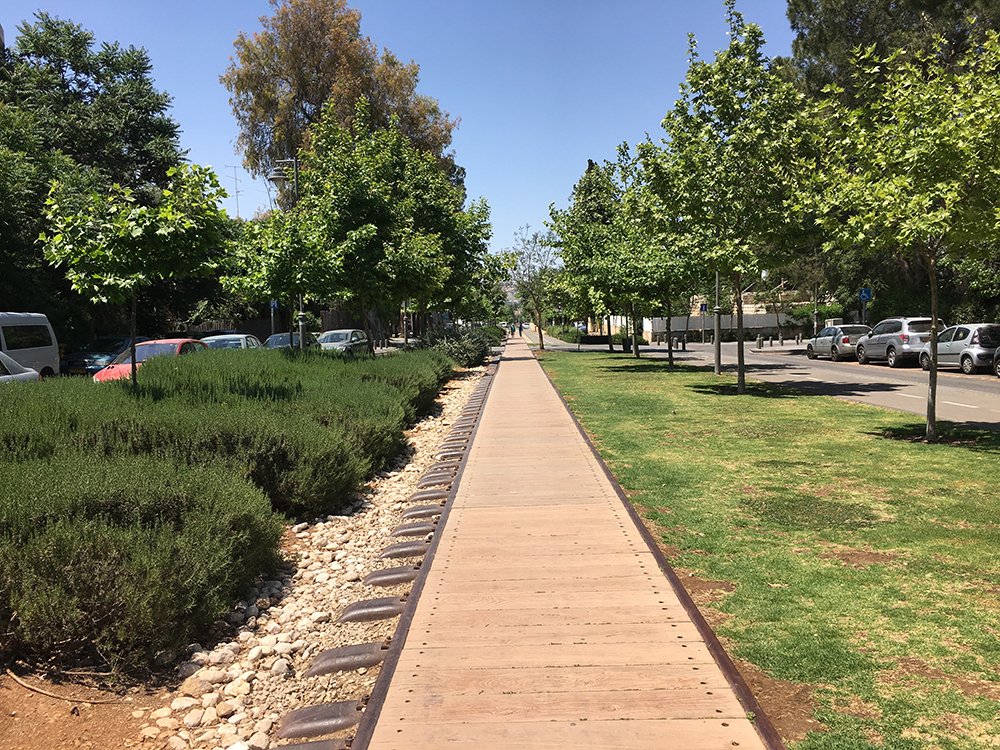 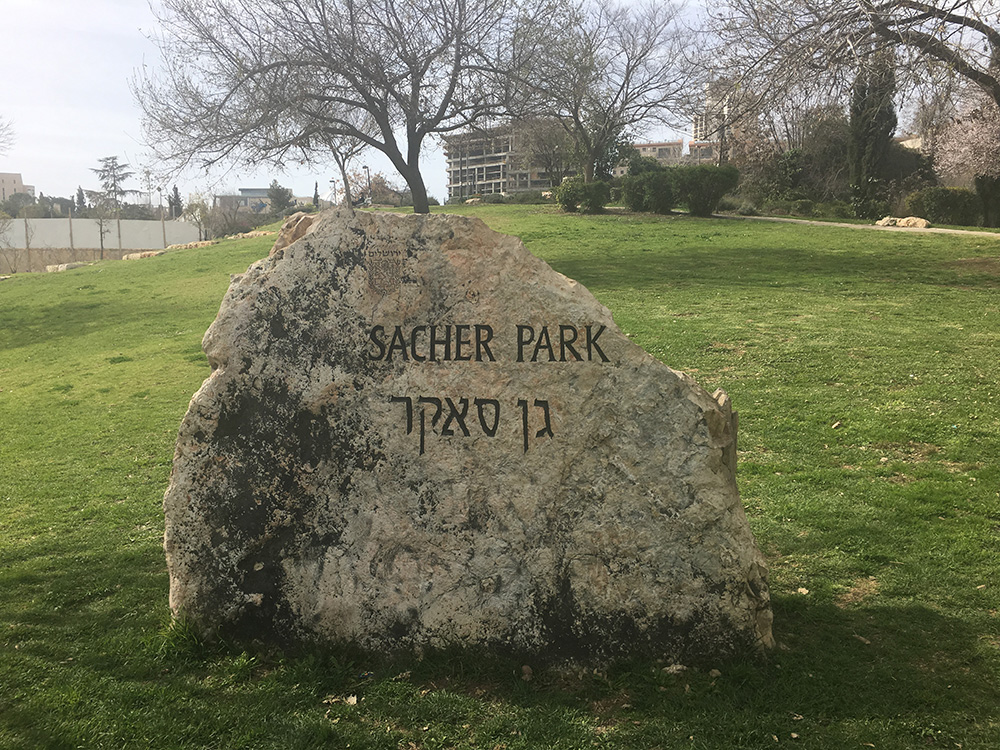 Teddy Park
A park with awesome water fountains, which sits just outside the walls of the Old City of Jerusalem, next to Mamilla, Yemin Moshe and Kfar David. 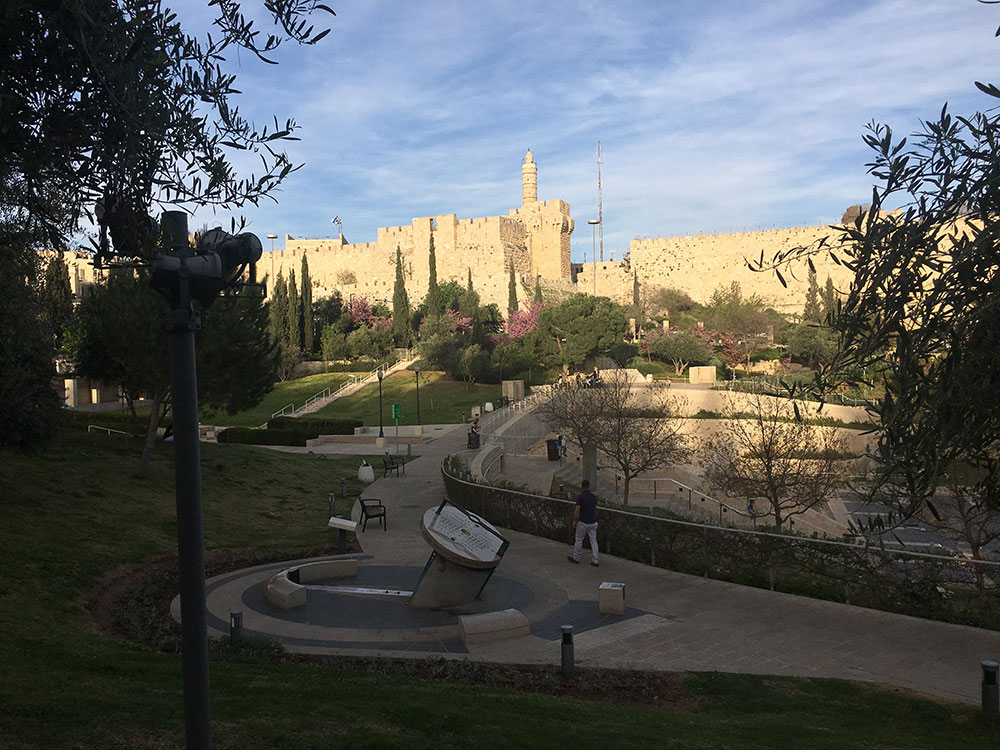 Ein Lavan (Lavan Spring)
Past the Biblical Zoo in the Judean Hills, you can find 2 pools of fresh spring water to enjoy a refreshing dip, with lots of trees offering shady spots to sit and enjoy a picnic. Not wheelchair or stroller friendly. 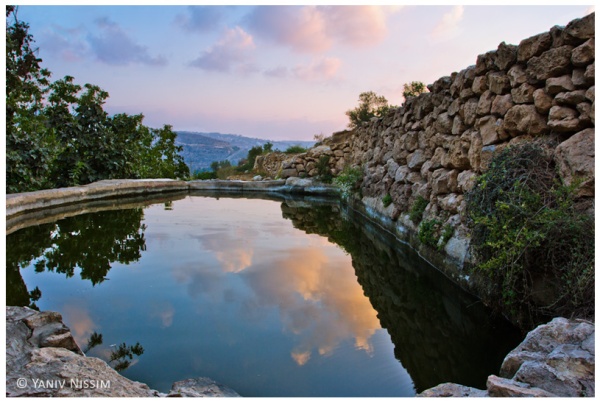 Bible Hill
Just across from the old railway station in the middle of Jerusalem lies this beautiful open area full of wildflowers and 360 degree views of the city. Not wheelchair or stroller friendly. 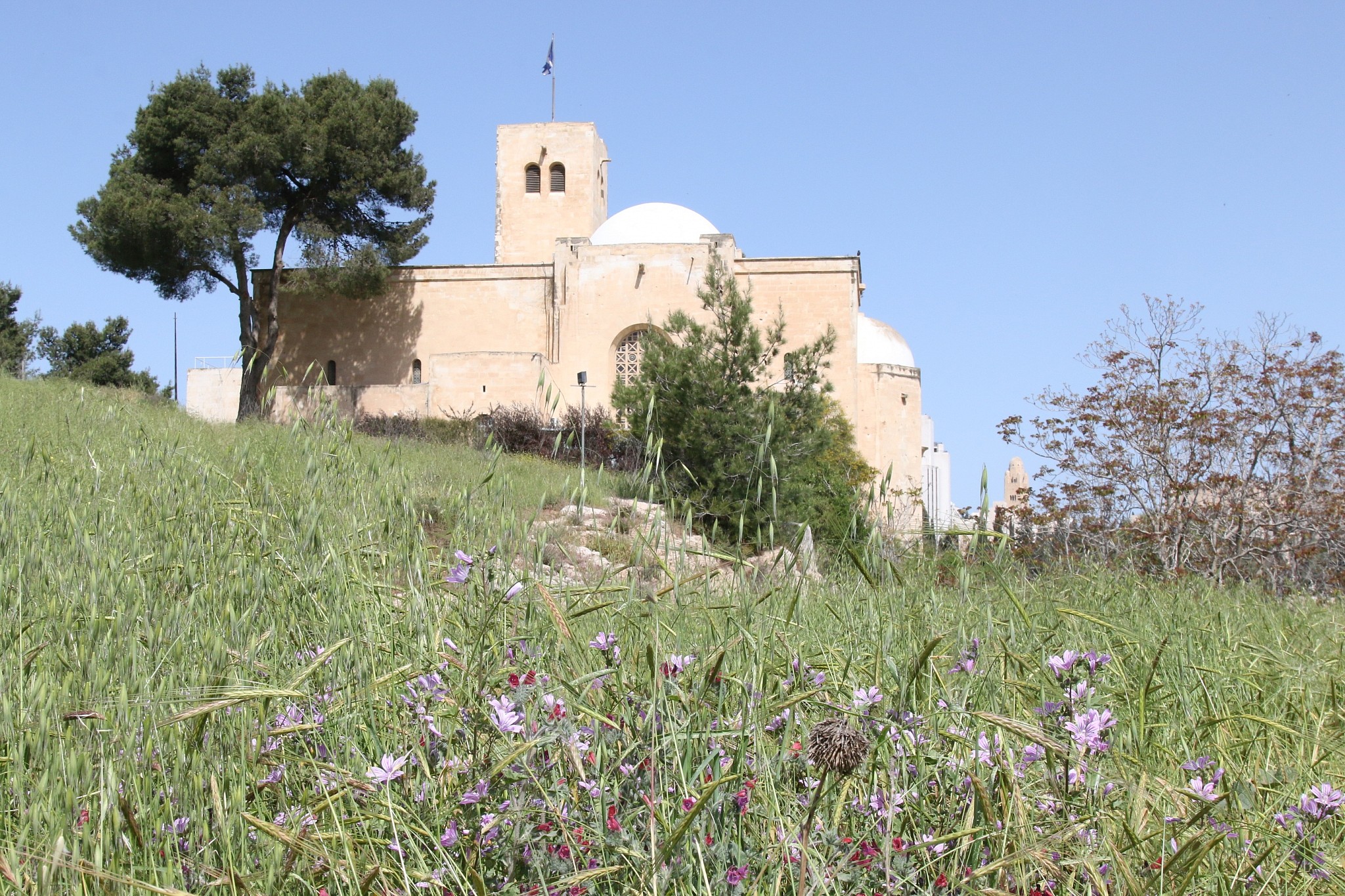 Jerusalem Botanical Gardens
Sitting at about 30 acres, the largest botanical garden in Israel is found by the Givat Ram campus of the Hebrew University, featuring over 6,000 stunning species of plants from around the world. 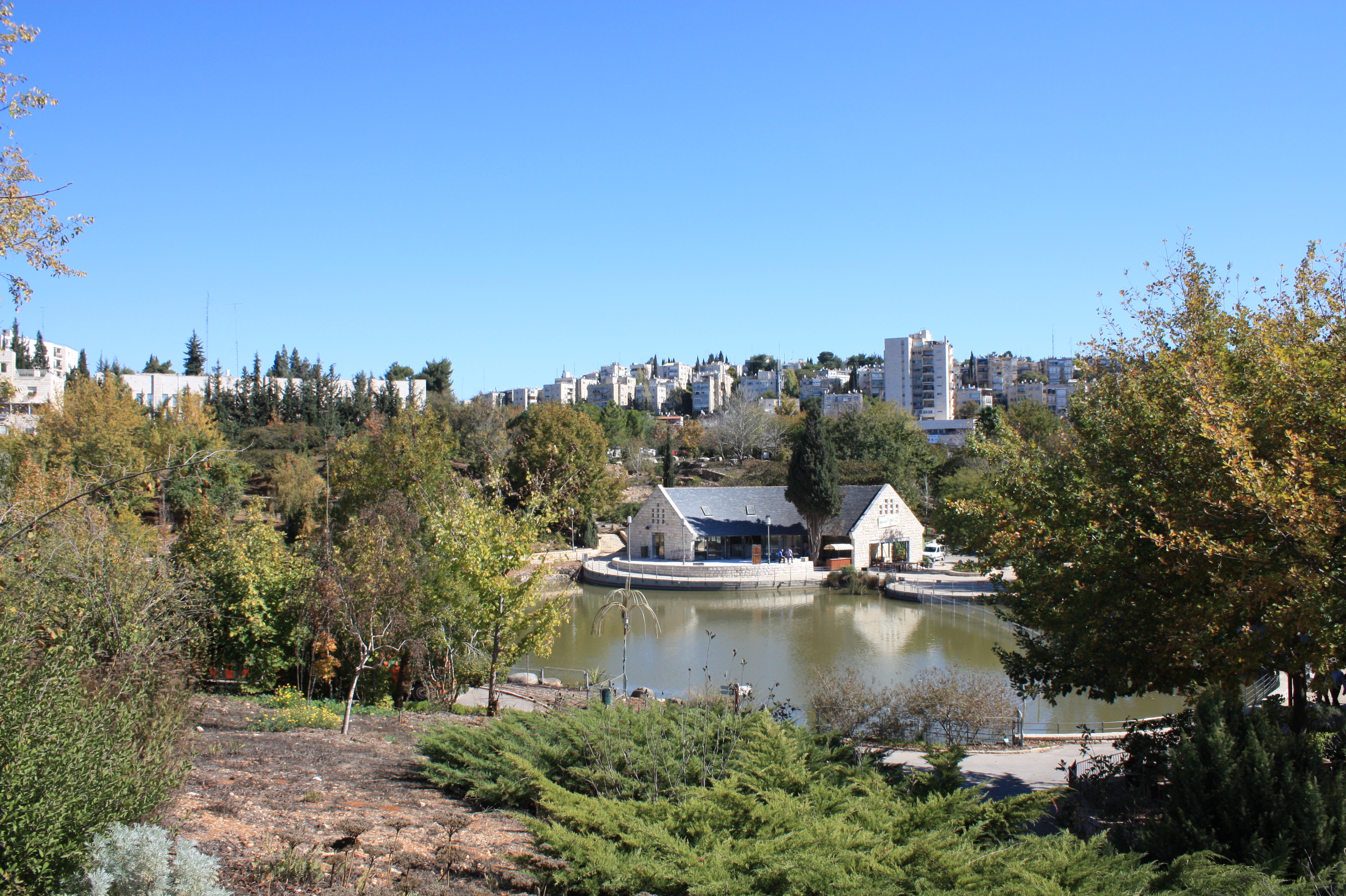 Jerusalem Bird Observatory
A nature preserve in central Jerusalem near the Knesset, home to various species of birds, featuring guided tours, a visitors’ center, and a gift shop. 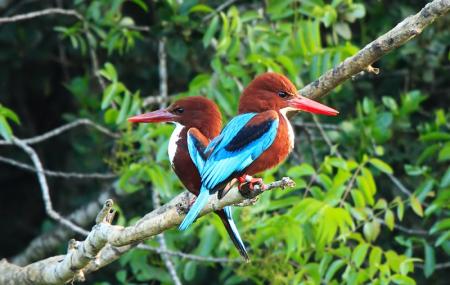 Gazelle Valley
A nature preserve in the heart of Jerusalem, appropriately named after the gazelles who frolic about there. Plenty of benches and shaded seating areas for picnics. Accessible via public transportation. Free admission. Park closes before dark. 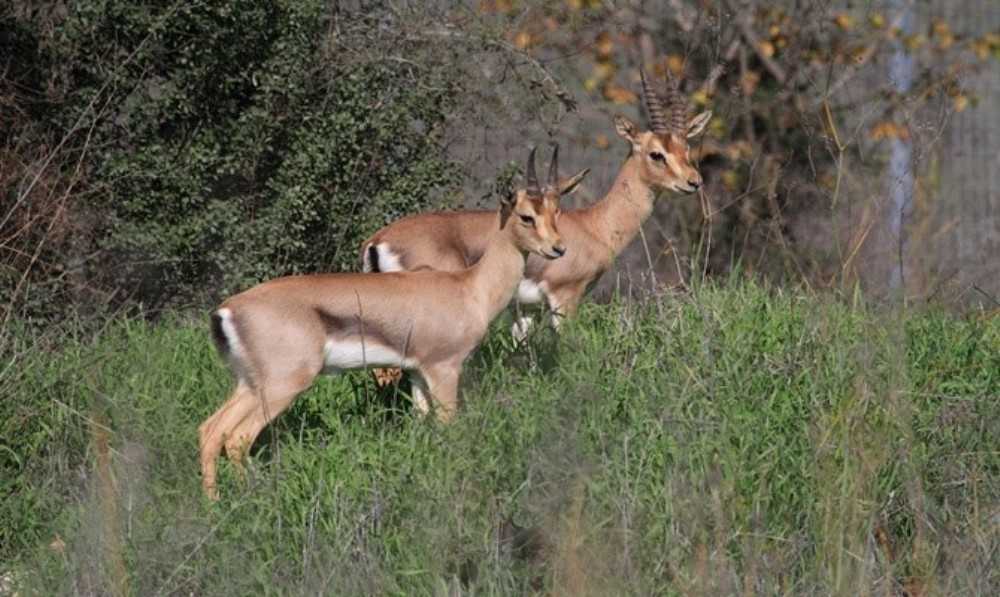 Ready to find the home of your dreams in Jerusalem? Contact us today or check out all available Jerusalem real estate right now.