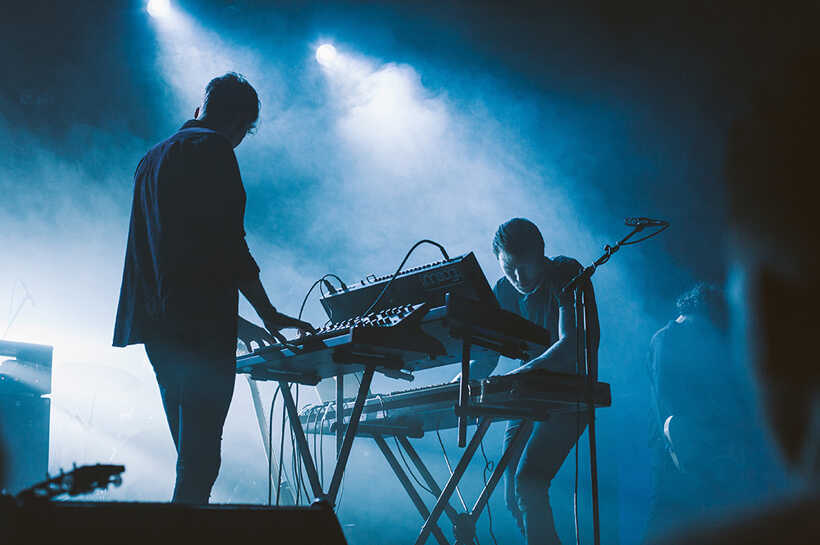 There’s not a regular schedule, so you’ll have to check out their website from time to time, but thankfully their other programming is quite interesting too!

The Tachana Rishona or First Station is home to regular music events on it’s open air stage located in the center of the complex.

These can vary from well attended concerts by a specific artist, themed evenings and small artists taking their first steps in their career.

The Post Hostel on Jaffa Street often hosts live performances in their communal area as you come in. Check out their website for details of the upcoming events.

An unassuming entrance by the Old City’s Damascus Gate leads down into a beautiful set of caves, the pathway through which is often lit for events with hundreds and hundreds of candles, providing an incredible walk down to the main performance area.

The venue is intimate and temporary as the caves are a tourist attraction during the day, but whoever you see at this venue, it’s sure to stick with you as one of the more memorable concerts you’ll have been to (unless you go to concerts in awesome caves on a regular basis!).

An iconic grungy location in the industrial area of Talpiot, the Yellow Submarine has been a feature on Jerusalem’s music scene since its establishment by the Jerusalem Foundation in 1991.

Sadly(?), the Foundation has plans to move the ‘submarine’ to a new complex in the city centre which will also serve as their office.

Supported by Jerusalem Venture Partners, Zappa is an organisation that puts on concerts all over Israel.

They have a music venue located close to the First Train Station that many artists and bands have come to perform at.