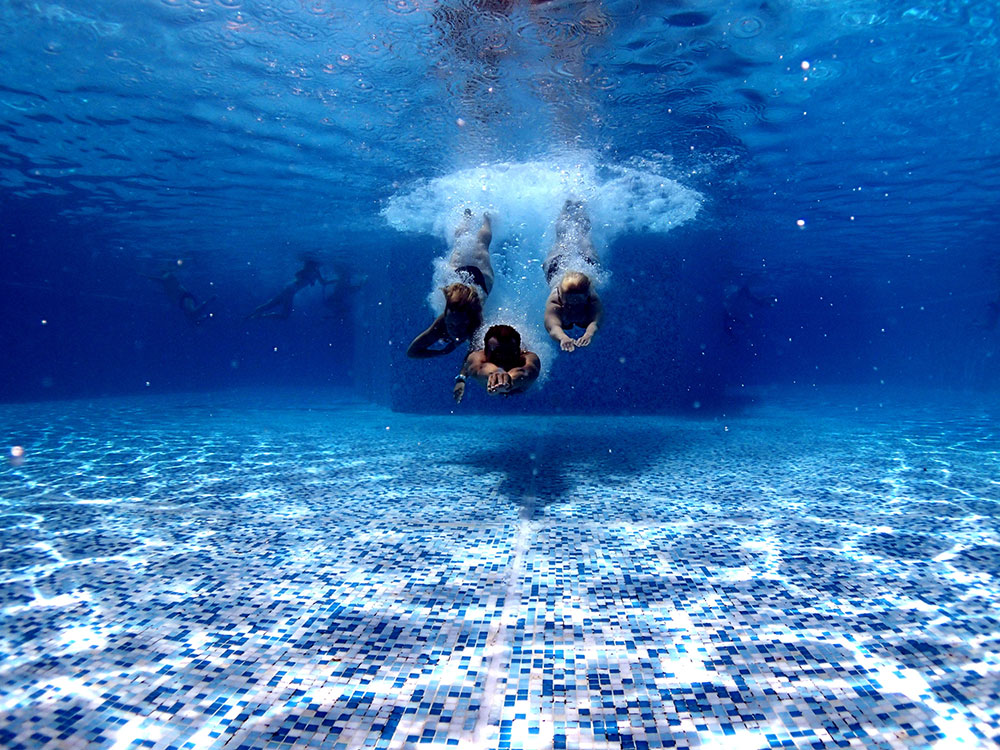 Although the temperature is generally somewhat cooler in Jerusalem, summers can still get pretty hot, and so you are sure to be tempted to go for a dip. Here’s our guide to pools in or near Jerusalem.

A kibbutz located to the south of Jerusalem, and easily accessible by bus or car, Ramat Rachel has a number of facilities such as a Wedding Hall, hotel and a gym/pool. The large pool, which is heated and covered during the winter, is surrounded by large grassy open space, which is great for relaxing on after a swim.

The kibbutz also has a jacuzzi and sauna as well as various sports facilities such as tennis and basketball courts.

A dominant and recognisable part of Jerusalem’s skyline, the YMCA is one of the older buildings in downtown Jerusalem (outside of the Old City of course). One of their many services to the community is their gym, which also includes access to a pool.

The municipality has plans to open a major swimming pool in Malcha, as part of their plan for the development of a National Sports Centre in the area. The centre as currently promoted will have a 50m Olympic sized swimming pool, a 25 meter “warm up pool” and a diving facility.

Though many a Jerusalem resident may tell you that if you walk in with confidence, you’ll most likely be able to get in for free, strictly these pools are pay for access type affairs. The costs tend to be pretty high since the hotels don’t want their pools overcrowded for their guests, but many do have an option to pay for on the spot access. The following are just a selection of the hotels that have pool facilities

The Citadel sits just outside the Old City of Jerusalem and has an awesome pool with a view of the Old City. Its free to use for guests and members of the gym there, but can be accessed on a pay as you go basis too. They also have a small channel from the changing rooms so on a cold day, you can enter and leave the heated pool from indoors!

The Dan Panorama is located on Keren Hayesod Street, close to Gan HaPaamon and Yemin Moshe. The hotel has a beautiful roof-top pool, but this is only open from May-October.

The Inbal hotel by the Gan HaPaamon park has a ‘semi-olympic’ sized pool which is covered and heated in the winter months and so is available year round.

This imposing building has been constructed over the road from the First Station complex. Combining both a hotel and residential apartments, this development features 2 pools, one of which is on the roof, and a spa. It is easily accessed via car or public transport.

The King David hotel is the hotel in Jerusalem and is where Presidents and Heads of State come to stay when they visit Israel. The hotel itself has many facilities on offer, including tennis courts, a gym and a sauna, but what interests us for the purpose of this list are their pools. These include the main pool, plus a kids pool and a ‘relaxing’ pool.

Just outside the City

This beautiful hotel & spa is an approximately 15 minute drive outside Jerusalem, but it’s totally worth it if you want to spoil yourself. Cramim has both and indoor and outdoor pool.

Often used as a wedding venue, Shoresh has a large main pool plus a kids pool.